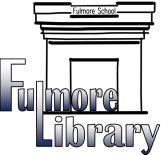 The Hitchhikers Guide to the Galaxy by Douglas Adams

a review by Tatiana P. 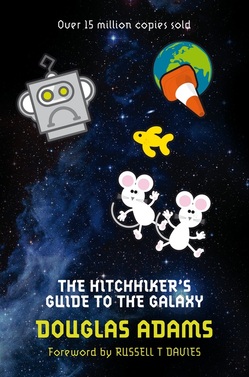 The Hitchhiker’s Guide to The Galaxy is about all the weird events that happen to a man named Arthur Dent after his friend, Ford Prefect (an alien), knew that the aliens Vogons were coming to destroy Earth in order to make way for some sort of space road. He and his friend then catch a ride with the Vogon ship’s cooks, but unfortunately the Vogons do not like hitchhikers and decided to throw them out of the spaceship and into the cold void of interstellar space and leave them to die. Ford’s semi cousin Zaphod Beeblebrox and his human companion Trillian had stolen the Heart of Gold spaceship, which runs on an extremely impressive engine that can do all sorts of improbable things. There is also a very depressed robot on the spaceship named Marvin. When Marvin and Zaphod use the improbability drive they accidentally pick up Ford and Arthur when they were on their way to the mythical planet of Magrathea. The planet Magrathea was a planet for rich people which suddenly disappeared; Zaphod, Ford, and Trillian go adventuring in the planet and leave Arthur and Marvin on the surface, then a man from Magrathea finds Arthur and tells him the truth about Earth, which was that Earth was actually giant computer that was given life in order to find the meaning to life (and the answer is 42).

In The Hitchhiker’s Guide to the Galaxy, the setting seems like this book was set in the 1970’s because of the seemingly new and futuristic technologies in it, such as digital watches. It’s a time when the world was like a giant computer that is destined to find the meaning to life because all of us wonder the same question, and the fact that we’ve all been wondering the same question ever since the beginning of time. Space is an endless void that is easy to get lost in, counting on how many universes there and just depending on how spacious it is. The whole A Hitchhiker’s Guide to the Galaxy world is very humorous yet holds mystery because many of the alien races are very detailed in their personalities and how they react to certain things; the planets are also very diverse and hold a fantasy feel to them, such as Earth which is a giant computer, and also Magrathea which itself is a fantasy.

The characters are also quite diverse. Arthur is a quite logical man who puts reason before action, unlike Zaphod who tends to act before thinking. Ford is an alien who has an open personality and looks to the positive side. Trillian is a lady who is very independent and just wants to find someone who will understand her and her point of view. Marvin, the robot, has is severely depressed and responds negatively towards everything if possible. Zaphod is an arrogant man who puts himself before others and only thinks about what is best for himself. There are many characters and even though they have many different personalities the story somehow ends happily.

The Hitchhikers Guide to the Galaxy is a wonderful and intriguing story that will surely go on many generations. The novel captures many readers’ eyes with its imaginative and fantasy like story, and so will the characters. This book is so beautifully written and contains theories that will really make the reader contemplate about life itself. It gives the reader something to think about the endless void that Earth orbits in. Some of the theories in this novel can be realistic and some can be extremely imaginative. This novel will give the readers a whole new idea about the galaxy.

Maximum Ride by James Patterson
a review by Rebecca H. 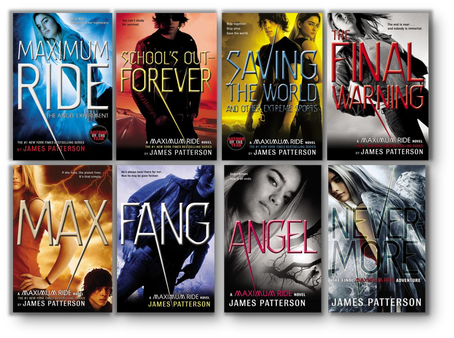 To say that Maximum Ride and her “flock” consisting of six runaway mutant bird kids do not live anything close to an ordinary life would be an understatement. Max, Fang, Iggy, Nudge, Gazzy, and Angel grew up in a place that seemed to be ripped from your worst nightmares: “the School,” a laboratory where they were genetically enhanced, tested on, and abused for what they assumed must be for the sake of science. One of the scientists, Jeb, had helped them escape the cruel treatment and took them away to a remote house in the mountains, where he taught them everything he knew about survival and how to use their most prominent ability that separates them from regular humans: with wings with a span of about 13 feet, Max and the flock could fly. However, two years after his mysterious disappearance, the people from the labs are back and will seem to do everything they can to get them back to the School again. With their hideout exposed and their cover blown, Max once again finds herself running for her life, but it might just be the best opportunity to start unraveling the story behind the questions they've been asking for years.

Maximum Ride is a fast-paced, action packed novel with structure and style of writing that greatly resembles that of a TV show or movie. With a strong voice and both realistic and relate-able characters, Patterson's novel is both hilarious and heartbreaking, with detailed action scenes that will keep you quickly turning the pages. The way that Max's personality shines through her narration makes it all the more interesting to read; for instance “'So what's your big plan for finding the Institute?' Iggy asked . . . 'Uh...' Just walk around until we see it didn't seem like a good response.”  (Patterson 247). Over all, Maximum Ride was an intriguing novel with a well thought out storyline, and I would recommend it to teenagers who want to read an action filled novel that will keep them on their feet. 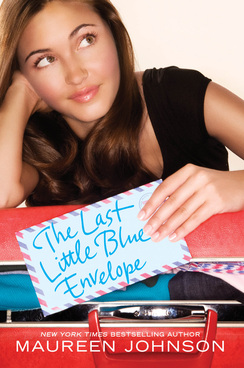 13 Little Blue Envelopes by Maureen Johnson is a light, fun, heartwarming story. It follows Virginia ‘Ginny’ Blackstone, a seventeen year old American girl who is left to embark on a marvelous tour of Europe, following the directions of thirteen little blue envelopes that were left to her by her deceased Aunt Peg. As Ginny sets off on this adventure, she encounters many new friends, sees many new things, and also discovers some things about herself.

Ginny Blackstone lives the average life of a modern American teenager; she’s never done anything particularly interesting, and doesn’t really care to. The most exciting thing in Ginny’s life is her always-on-the-move Aunt Peg, who she hasn’t seen or heard from in months. When it comes to her attention that Aunt Peg has died of a sickness, leaving Ginny with only thirteen envelopes as a parting gift, Ginny feels she has no choice but to take on the challenges written within them. So she sets off for Europe, following the “rules” of the envelopes by being unsupervised and without any electronic means of communication. As soon as the story gets going you feel as if you are right there next to Ginny. The author does a brilliant job of making the environment of the book believable and relatable, even for people like me who have never been outside the United States.

After reading the first fifty pages or so, I became very engrossed in this book, partly because of my love for travel, and also because of my ability to relate with the main character. I feel that the author did a good job in creating the outline for a relatable character. However, throughout the book, the reader never gains much insight on Ginny’s emotions or thoughts other than simple statements such as “Ginny wasn’t sure,” or “Ginny started to laugh.” In general, the book was much more action than thought, but I think that’s how the author intended it to be. In fact, I believe this makes it easier for the reader to plant themselves in the main character's shoes, because you don’t have a whole character standing between you and the setting. Another thing I enjoyed about this book is that romance was included in the story, but it was by no means dominant. A small, quirky romance was all that this book contained, and all that it needed to be good. Overall, I thought that this book was very well written and thought out. The plot became quite intricate, and I became very curious to know how things would work themselves out in the end.

I recommend this book, and give it a ranking of four out of five stars.  I think that it deserves this because it proves itself to be exciting, intriguing, and touching, while still being a fun, light read overall. It shows those qualities in sentences such as “Ginny had heard tales about people being tongue-tied...she just never thought it was literal.” It also includes moving scenes such as a niece learning she has an uncle, or a group of students learning to laugh at their own mishaps, and most importantly it contains morals that I feel are important to students as we are maturing members of society.